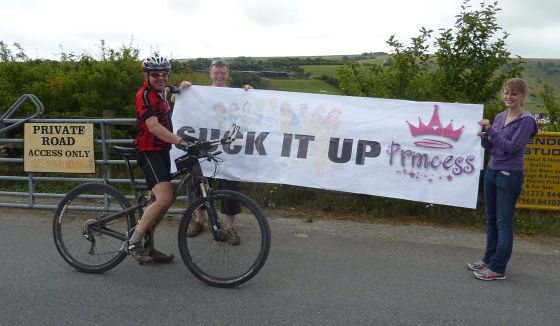 What is this all about?

It’s all about distance and then, more distance.

Well, here is a potted history of how we arrived at this, and why its really a good idea however you look at it.

Once upon a time I competed in Modern Pentathlon, and had to pack that in after a particularly bad landing whilst out snowboarding during the off-season.

After 14 weeks nailed to a bed, I had to find something a little gentler to mess around at. So having had a bash at kayaking for a few years I took up mountain biking and within a year was on the startline of the Trans Rockies (when it really was a race across the mountains rather than a whiz around some well worn single track trails near Fernie).

Back at the kayaking for a couple of years and whilst hitching a lift back from Fairbanks to Whitehorse after posting a (still unbeaten) time in the Yukon 1000 mile kayak race, I heard about the Tour Divide, so that was next on the hitlist!

Tour Divide is a simple matter of getting your act together and banging out 100+ miles a day and heading south from Banff to Antelope Wells on your mountain bike as fast as you can go. The off-road route is loaded into the GPS and you just follow the line to Mexico sleeping wherever you feel along the route and buying your food from gas stations along the way when the trail goes into a town.

My training ground in the UK is the south downs (highest point 889 feet above sea level) so dealing with the altitude was the hardest part of Tour Divide.

Many folks can do the South Downs Way in 3 days, stopping at youth hostels and pubs along the way; many can do it in one day with an early start from Winchester; not many manage a double (200 miles with 20,000’ of climbing). To up the stakes a bit, it now only counts as a successful ride if you knock it off in under 24 hours.
Only one chap has attempted the triple – he got it done in 37 hours.

So I got to thinking, I can perform for 72 hours (during the Yukon 460 mile race) without sleep – ok I had a little help from the midnight sun, and I like riding on the downs, why not ride the bike from Winchester to Eastbourne, turn round and ride back to Winchester and then repeat the whole exercise before nodding off.